Your candidates are also players! 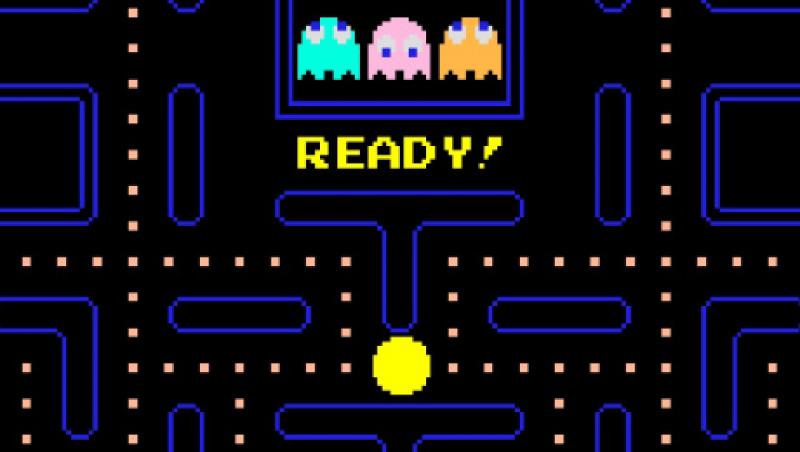 This article originally appeared in the online HR magazine FacteurH

This article begins with statistics. I know … it’s a bad start if I want to gain your interest, but I promise, these stats will be the only ones!

According to the Entertainment Software Association of Canada ESAC, while 37% of Canadians define themselves as players (video games, online games), 52% say they have played in the last 4 weeks (51% of men and 49% of women). The figure climbs to 67% in the 18–34 age group.

Welcome to the era of “gamification”!

What is “gamification”? It’s a newly-created word that refers to making use of mechanisms and signals typically associated with games—especially video games—for actions or applications that are not games originally. Game techniques are used to create and reinforce engagement and/or action.

Marketers use it more and more to reach their targets. The aim of gamification is to make for a more playful action, to encourage the involvement of the participating individual and, hopefully, to introduce a viral dimension. Does it ring your bell? It seems to me that the concept applies well to recruitment, doesn’t it? What if we treated our candidates like players?

Considering that almost one in two regularly play games, with an average age of 36, our target client is necessarily there!

I can see two possible uses; one touching on attraction, the other to analysis:

Players aren’t interested in advertising (referred to as “native”). In addition, since they’re mostly technophiles, they’re able to block these ads using “adblockers.” So, your classic job advertisement doesn’t get their attention.

In France, Renault, in the automotive sector, recently launched a mini recruitment game during the Formula 1 preseason. Internet users were invited to answer several questions put to them by a “chatbox”. The software was later able to determine the player’s specialty (technician, mechanic…) and the winner. This was ultimately a way to create a bank of expert candidates, probably more passionate than those of the average application received through traditional posting.

What you want to do is to offer content and generate interest. In a related sector, an automobile ad offered to test the car and have a race. They were able to put the car’s assets at the forefront rather than to just show them in pictures or video. Could we do the same thing with a position by staging a simulation of the work environment? The important thing is to create an emotion. As we all know by now, memories associated to strong emotions remain a lot longer.

« You can learn more about someone in an hour of play than in a year of conversations. »

No, it’s not a recent quote, it’s from Plato.

There are several types of players. Richard Bartle, a video-game designer, author, British researcher and Ph.D. in Artificial Intelligence, was the first to have tried to categorize players in 1996. He helped to theorize on and therefore get to know who our users are, and how to adapt our strategy to our target.

He identified 4 types of players :

- The Fighters: they have a pronounced appetite for competition and above all seek to face the others.

- The Achievers: they want to become better, have goals. They aim to finish the game as quickly as possible and complete all the quests. They’re considered the easiest to manage, of course.

- The Socializers: more common (40%). Their interest is to interact with others, to act for the common well-being and in agreement with the game’s world.

- The Explorers: less common, they need hypercreative games. They’re interested in the world in which they’re navigating, they visit every corner, explore. They’re more demanding and are more difficult to manage. 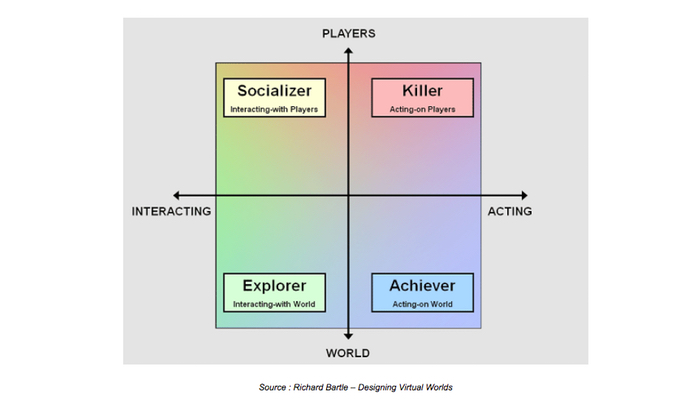 Why not try to attract candidates by using games, and use it at the same time to determine their type and thus guide their application path and better understand how they operate?

Gamification is taking its place. We are seeing startups coming into this area of activity. For example, Origamix RH has become specialized in game development for recruiting purposes. Similarly, we’re seeing more and more hackathons being organized by companies for the same purpose. Agorize, among others, has made a specialty of offering this service. Hunterz has developed a platform in the form of a fun course for the purpose of promoting internal referencing…

**Thanks to Dominique Mangiatordi of Tapptic for having inspired this article with his lecture on "gamification".